The Union Budget of India, also referred to as the Annual financial statement in the Article 112 of the Constitution of India, is the annual budget of the Republic of India. It is presented each year on the last working day of February by the Finance Minister of India in Parliament. The budget, which is presented by means of the Financial bill and the Appropriation bill has to be passed by the Houses before it can come into effect on April 1, the start of India's financial year.

7. Measures in the sectors of Infrastructure, Investment, Banking, Insurance etc.-: 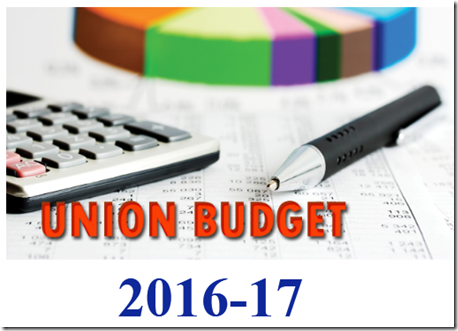 10. FCI will undertake online procurement of food grains. This will bring transparency and convenience to farmers through prior registration and monitoring of procurement.

11. Pashudhan Sanjeevani, an animal wellness programme, will be undertaken. Nakul Swasthya Patras to be issued

12. Targeted Delivery of Government subsidies and benefits to ensure that they reach the poor and the deserving-

14. ‘Ek Bharat Shreshtha Bharat’ will be launched to link States and Districts.

15. Technology Driven Platform for Government procurement of goods and services will be set up by DGS&D. This will improve transparency, efficiency and reduce cost of procurement.

Some Important facts about the Union Budget-: